AVENIA is proud to have co-organized with the representation of the Nouvelle-Aquitaine Region in Brussels, a European event which took place on site in the Belgium capital on September 29th 2021. Its objective was to highlight the supply of critical raw materials for the industries, with the example of lithium for batteries.

The morning was divided in two parts. A first part with presentations from European Union representatives, in which the different DGs detailed their targets, their objectives on the subjects and the current thematic priorities of the “European Battery Alliance” (EBA) and the “European Raw Materials Alliance” (ERMA). Then, a second part with different initiative presentations led by European regions: Nouvelle-Aquitaine (France), North and Central Portugal, Galicia (Spain), Norrland (Sweden) and Cornwall (UK). They shared their achievements, their future actions and the challenges they meet.

The objective of this event was to initiate collaborations between European regions in order to run bigger joint actions in relation with European ambitions.

Why did we organise this event?

Lithium is used for various uses, as for example batteries, glasses and ceramics, lubricants, metallurgy, polymers, air treatment, thermonuclear fusion and also for the medical field. Therefore, the demand in Lithium grew considerably. Its consumption doubled in 10 years and it is estimated that from 2025, the demand in Lithium will raise to 18% a year.

If we consider the French subsurface example, it is overflowing with important resources of industrials rocks and minerals, including lithium. This metal is present notably in the Massif Central and the Massif Armoricain. It is associated with rare-metal granites and pegmatites (Beauvoir, Tréguennec, Prat-ar- Hastel, Montebras, Richemont, le Brunet). Thanks to these resources, and in addition to resources present in the geothermal brines and from recycling, France could become autonomous and would limit the importation of raw materials. France still has the qualified workforce, the R&DI skills needed and the potential to install industrial pilots together with its front runner such as Eramet Ideas, BRGM, the University of Lorraine and Orano.

From a European point of view, some rock resources (i.e., Spodumene-bearing pegmatites) and some brine resources are well characterized. Even if projects are in development to valorize lithium in waters, the European rock lithium resources are being harnessed to a limited extent, for lack of industrial methods appropriate to treat some of the lithium minerals. However, several European projects and initiatives are running in order to promote the primary production of lithium, such as EuGeLi, or the H2020 project “GeoERA FRAME”; but also, several batteries factories projects to build a European Battery Alliance, which would not live without a European autonomy on the supply chain of lithium and other critical materials.

Nevertheless, such an ambition has its drawbacks like the price of the industrial ore processing. However, a lithium supply chain in France is more than necessary since, to date, France imports nearly 100% of its needs in metals for the industry. Consequently, there is a need of relocation, reindustrialization and also a need to put under quality control the supplies of metals.

The action plan of the European Commission regarding Critical Raw Materials intends to open responsible mines and to set up transformation plants at the European scale. It will enable the European Union to have a better autonomy and to limit the CO2 emissions linked with the transport of those raw materials, which come from the world’s end. Thus, being autonomous at the national and/or European level will help to have a lower carbon print but also for the regional and territorial development.

The energetic transition and the current geopolitics tensions on the critical raw materials supply chains required to the development of low carbon and numeric technologies, are both favorable aspects for the relocation of the primary production of the mineral resources in Europe. The energetic transition needs innovation for the extraction of mineral resources, both to optimize the already existing methods by making them less noxious for the environment, and to develop new methods of exploitation, more acceptable on the social plan. The research, in relation with the academic and industrial world, would become an important growth lever for the whole sector, at the European scale. These are all the reasons why AVENIA launches the structuration of a sustainable Lithium sector by setting up a consortium for the lithium minerals treatment in the first place, and with the intention to develop a primary critical raw materials supply chain within the UE.

The launch, in Brussels, of this initiative to set up a sustainable lithium sector (and other critical materials) in Nouvelle-Aquitaine was a success. This emphasizes the interest in being part of a strategy of a national securing plan on supplies; but also, to answer the increasing demand in metals for the technologies of the energetic and numeric transition within the UE. The current context, the achievements and pitfalls were well explained by the DGs present there. The regions completed this analysis by sharing their current projects at the local level, their accomplishments but they also shared the challenges they can face and the solutions that the UE might bring at a supranational level.

The event showed a lot of enthusiasm and everybody is waiting for the next step.

We announced the date of the follow-up in late November 2021, which already aroused a lot of interest, even from the people who could not come on September 29th and who already expressed their will to participate.

So, for more information or to join this initiative, please email Jérôme GOUIN (jerome.gouin@poleavenia.com) or Emmanuelle ROBINS (emmanuelle.robins@pole-avenia.com) 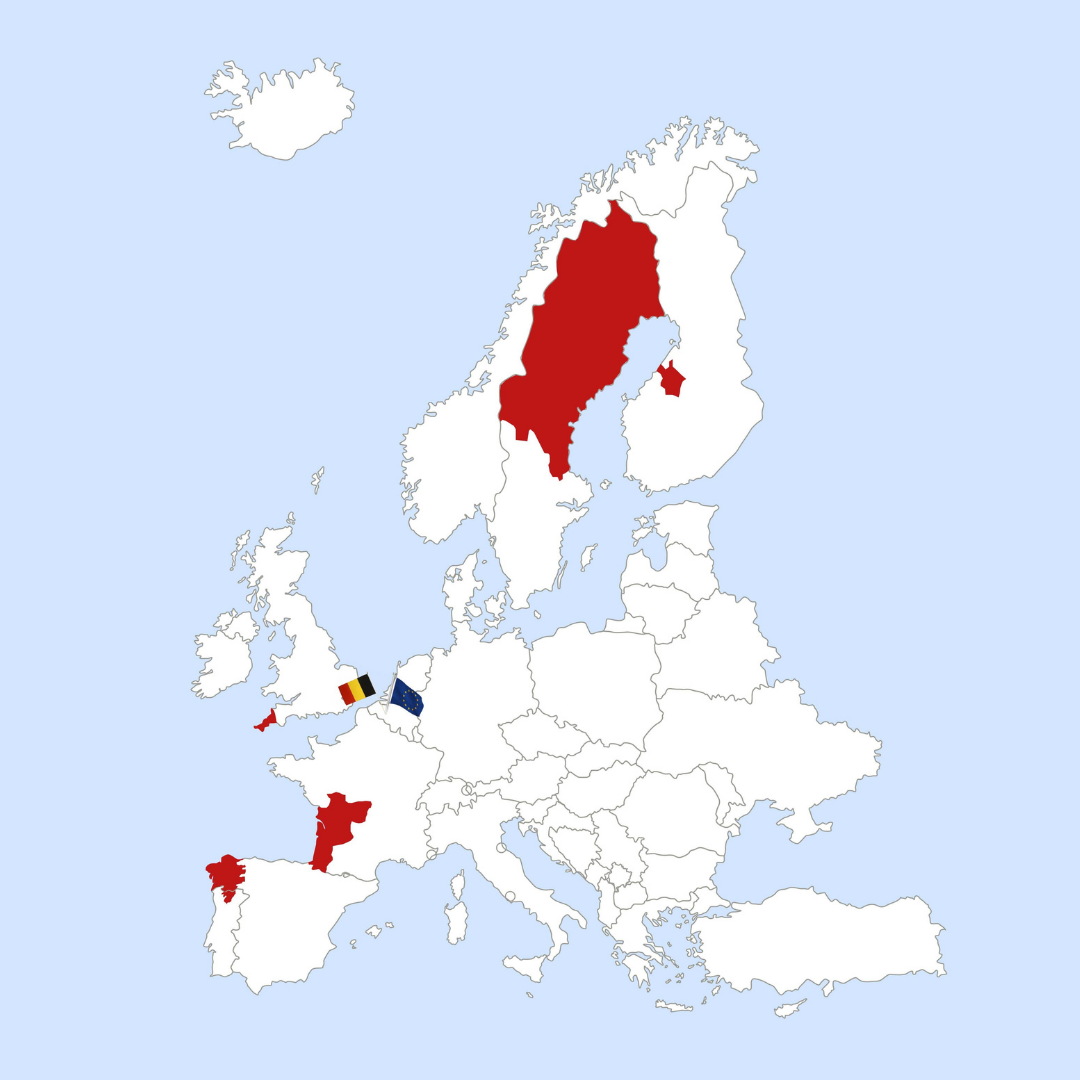